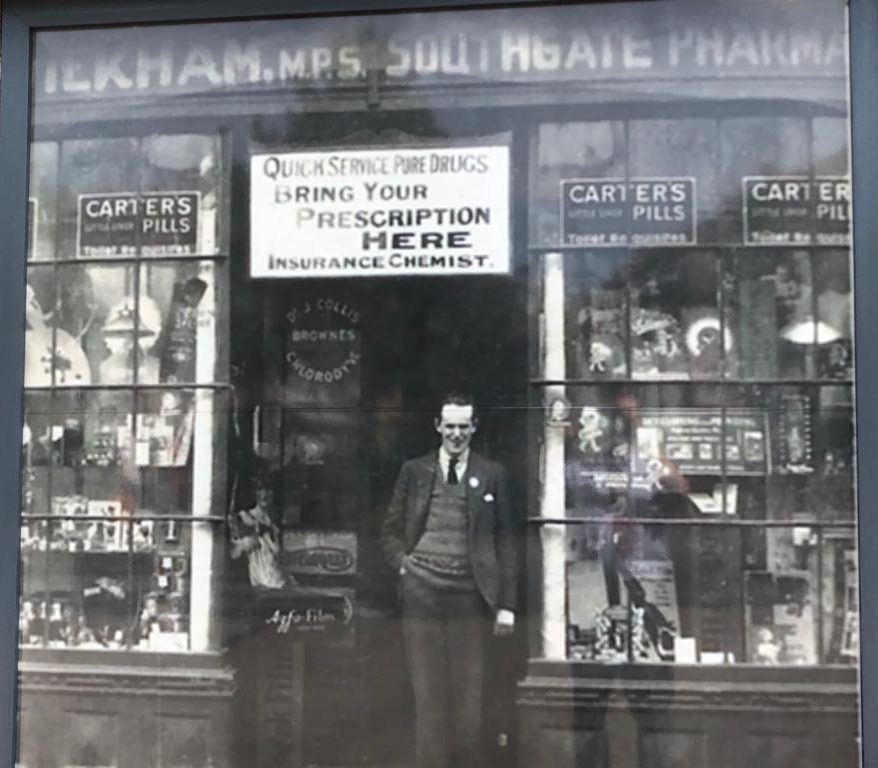 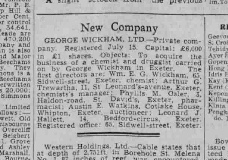 Luxtons the Pharmacy was established by Mr Ben Tucker Luxton in the early 1900’s.

George Wickham I, was the son of a postman and originally got a job as a laboratory assistant at the school of Pharmacy, Exeter in the early 1920’s. The professor took him under his wing and recommended that he attempt to study to become a Pharmacist himself. He did this and spent part of his apprenticeship working for Mr Luxton at Luxtons Pharmacy. On qualifying he quickly realised that as a Manager of a pharmacy you could earn £3 a year but if you owned one you could earn £4 and so he approached a bank and eventually took over the business of a Mr Botting in Sidwell Street, Exeter who was retiring.

George I became very successful very quickly and built up a small chain of Pharmacies, all North of the River Exe whilst his old friend and mentor Mr Luxton did the same South of the river in Exeter.

Alongside medicines and photography George Wickham sold wines and spirits as did most pharmacies. Petrol substitutes were also sold to help keep the motorists going during rationing. One of the pharmacies was adjacent the local cinema and he even painted the doorman in luminous paint to help him during the blackout. George I was an entrepreneur and inventor patenting his own remedies. He was particularly successful with Korn-Solvo for painful corns.

Sadly many of the Pharmacies were bombed during the Exeter Blitz but he survived only to become suddenly ill, dying in 1950 due to an infection at a time when antibiotics weren’t available. When he died, his son George Wickham II was 10 years old, therefore his mother continued to run the Pharmacies until the 1960’s when George II went to Bristol  to study Pharmacy.

At Bristol University he met his soon to be wife, Anne. They married and both ran Pharmacies in Cullompton, they then purchased Luxtons from Mr Luxton in the 1970’s as he was retiring. This was around the same time that George Wickham III was born.

George Wickham III studied Pharmacy at the University of Bath and after 5 years in the Pharmaceutical industry joined the family firm, working in Luxtons from 1996. At this time the pharmacy only had 3 staff members.

George soon took charge of the Pharmacy and in 2002 relocated Luxtons as the pharmacy simply needed more space. The family run business got so successful that they again outgrew the space and had to refit it, expanding to take over the floor above and in 2014 installing the first Consis Dispensing Robot in the South West to meet the exceptionally high demand.

Luxtons later installed an Omnicell MDS in 2016 one of only 12 in the UK at the time. The pharmacy now have a team of more than 12 people as well as two robots! 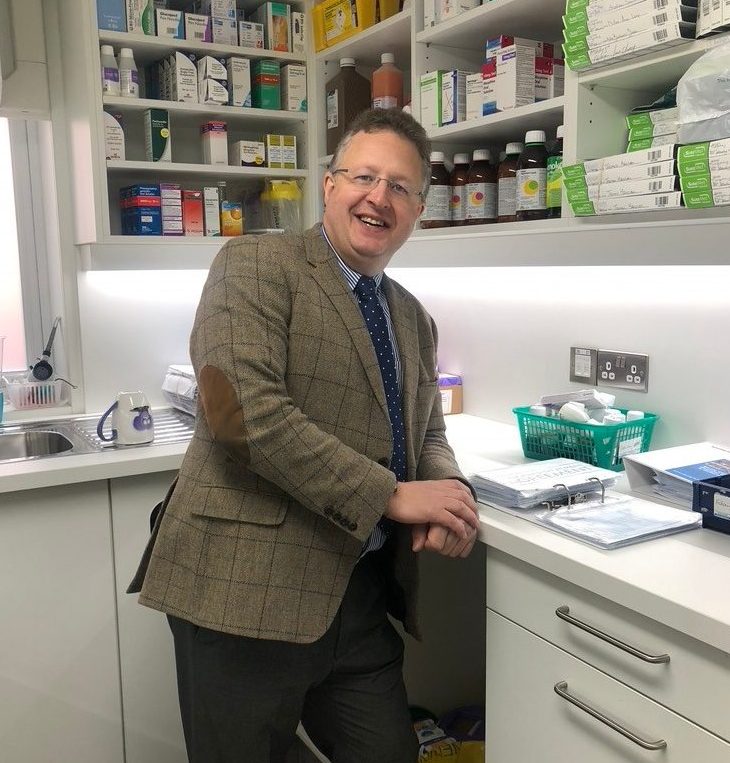 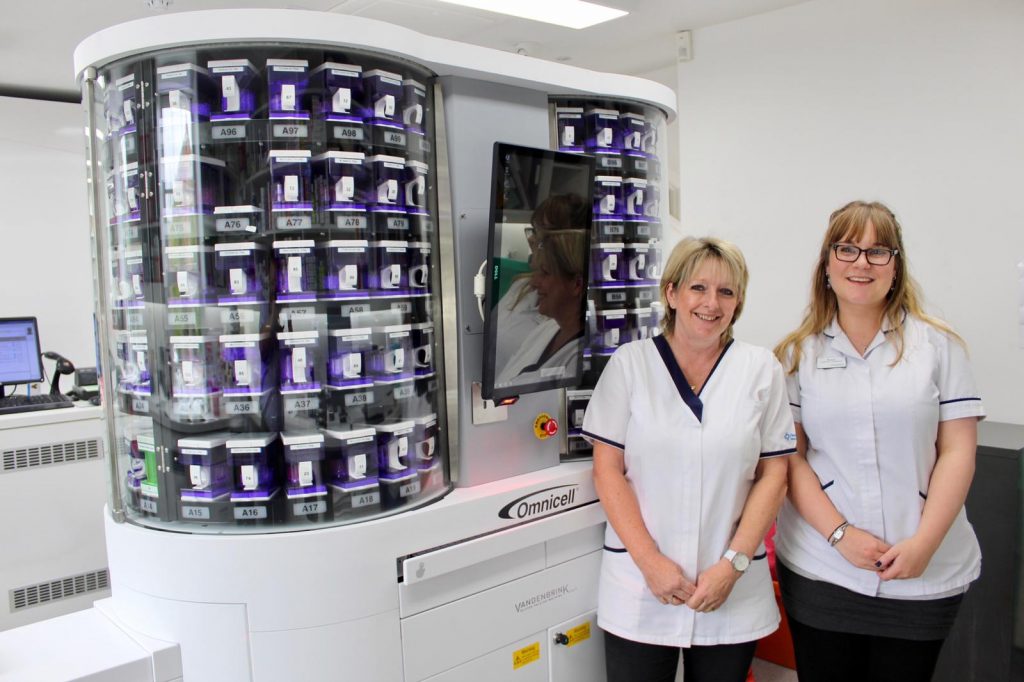 We are here for you

Luxtons is a true community pharmacy that has been established for over 90 years and has been a family run business since 1927! Our hi-tech space has both a Dispensing and MDS robot. We offer a wide range of additional services provided by our highly experienced team of Pharmacists, ACTs and Dispensers.

As a pharmacy that has been run in the same family for generations, we pride ourselves in our innovative and modern methods of healthcare and pharmaceutical distribution methods, as well as our fabulous old-fashioned traditional customer service. Our customers and their families are our absolute priority and we are always by their side, providing them with excellent services and hands on customer care.

Having the flu vaccine against this year’s strain of seasonal flu can give you protection and peace of mind. Book your Flu vaccination with us today!

Going on an adventure soon and needing some healthcare advice before you travel? Luxtons has a state of the art Travel Clinic in Exeter. Visit us today!

Our staff can advise you on the best way to kick your smoking habit. By coming into our store, our trained pharmacist will provide you with a free consultation.

No appointments needed, easily accessible location and just a quick consultation, we ensure a hassle free service to all our patients.

UTI's are an infection of the urinary tract or bladder causing pain and inflammation. These are can be easily treated so book in with us today!

Impetigo is a common and highly contagious skin infection that causes sores and blisters. It’s not usually serious and you can book in with us today.

Conjunctivitis (eye infection) is a common condition that causes redness and inflammation of the thin layer of tissue that covers the front of the eye.

If you are travelling to an area where Hepatitis B is a common illness, you may require a Hepatitis B vaccine. The same goes for medical professionals.

Erectile dysfunction is a personal and potentially awkward topic to discuss. We will treat you professionally and discretely, with the best care.

The process of ordering, preparing, and collecting prescriptions has never been simple here at Luxtons Pharmacy. As a result, we have proudly invested in ultra-modern technology to not only assist us but also you in staying healthy and safe.

Get an appointment at a time to suit you